Christian tradition mysticised the first great betrayal associated with human genealogy: that of Eve and the apple in the Garden of Eden. Woman, in search of supreme knowledge to situate her at the level of the Creator, breaks the norm established by the latter and violates the semi-sacred vow of trust placed in her. Social pedagogy based on biblical examples is not the only trend concerned with the exemplary power of betrayal and its subsequent punishment as a cathartic mechanism. In pagan mythology there are many cases in which a figure — normally a prominent one—, is accused of a crime and forced to endure public derision. Furthermore, and in accordance with the Genesis template, these figures are usually females driven by ambition, desire or greed. This is the case of Queen Guinevere, Morgan le Fay or Vivien, all of which pertain to the legendary world of King Arthur and his Knights of the Round Table. Vivien’s situation is especially interesting and appealing because of the symmetry established between her and Merlin the Wizard, both magical figures in pursuit of knowledge mirroring, to a certain extent, the Judeo-Christian myth of Adam and Eve. Using Thomas Malory’s Le Morte Darthur as primary source, I will conduct an inter-textual analysis of the parallels and differences between these two couples, paying special attention to the female characters in each and exploring the link between women, the pursuit of knowledge and the notion of betrayal. 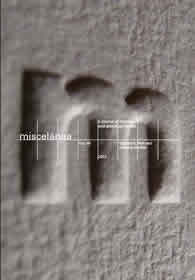