DEFINITE ARTICLE USE IN THE INTERLANGUAGE OF SPANISH SPEAKERS: A MULTI-DIMENSIONAL PROBLEM

This paper aims to study the relationship between the different forms of definite article use in Spanish and English and its inherent influence on the acquisitional process of Spanish learners of English. A study was carried out with three groups of ten intermediate-level students of English, plus one advanced-level group, all of whom were native speakers of Spanish. The study consisted of three different types of exercise comprising translation, filling-in the gaps and one either/or task. The results showed that transfer from the mother tongue was the major cause of interference in the learners’ interlanguage. Due to the grammatical differences between the two languages, overgeneralization, omission and overuse appear so as to compensate for the lack of knowledge in the second language, suggesting that the Multiple Effects Principle might be at work as well. As a consequence of all the aforementioned processes, the Interlanguage (henceforth, IL) will tend to fossilize into non-standard constructions where the definite article in English should not be used. 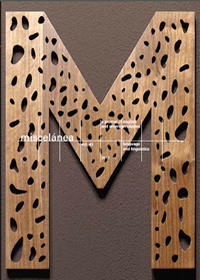