This paper examines the effect of the most relevant crosslinguistic prominence hierarchies on long passives (or passives with an overt by-phrase), in order to identify the factors which condition their choice over actives as order-rearranging strategies in Modern English (1500-1900). With empirical data drawn from the Helsinki Corpus and ARCHER, I will study the effect of (i) familiarity hierarchies, such as given-before-new or definite-before-indefinite, (ii) dominance hierarchies, like the animacy, empathy and semantic role hierarchies, and (iii) formal hierarchies such as short-before-long. The analysis reveals a clear predominance of pragmatic and syntactic factors, namely discourse status (given-before-new) and structural complexity (short-before-long), both of which facilitate utterance planning, production and parsing. Despite the apparent correlation between these two factors, this paper also shows that they are independent and that, when in competition, discourse status is a more powerful factor than syntactic complexity.Key words: passive voice, Modern English, word order, discourse status, syntactic complexity. 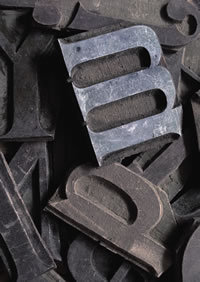