THROUGH THE EYE OF A POSTMODERNIST CHILD: IAN MCEWAN’S "HOMEMADE”

From Romanticism onwards, childhood was constructed as an alternative to the alienating world of modern progress. Though this idealised version of childhood consecrated in Romantic literature was questioned by the end of the nineteenth century, the child’s perspective on the adult world has remained throughout a useful way of exploring social deficiencies and of exposing some of its most unpalatable aspects. In the present essay, the authors trace the transformation in the conception of childhood to then focus on Ian McEwan’s “Homemade”, the opening story in First Love, Last Rites (1975), the collection that marks the author’s literary debut. The particularly evil nature of the child protagonist as well as his frustrated passage into adulthood after his pathetic first and single sexual experience (the rape of his own sister) is related to the major historical transformation of the traditional model of paternal authority in the postmodern period which engenders a cynical and perverse type of subjectivity that is nevertheless marked by its paradoxical inability to enjoy. 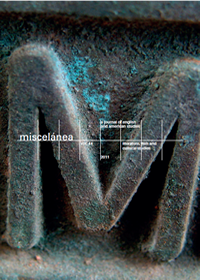